This week it was Barnet Elizabethans who succumbed to Ilford in the NCCL. We out-graded them on all boards and with their board 5 failing to turn up we had a point in the bag early.  Jason struggled out of the opening and lost and Julian was under pressure later in his game with a monster pawn on the seventh eventually proving decisive. With Syd comfortably ahead by an exchange and positionally, Tom was in an endgame with knight and six pawns against bishop and six pawns and offered his opponent a draw. His opponent played on and went awry to allow a passed pawn and with his clock running down resigned, however, on review with a computer it was drawn! Syd wrapped up his game and we came away with a slightly fortunate match win.

Syd cogitates in the opening! 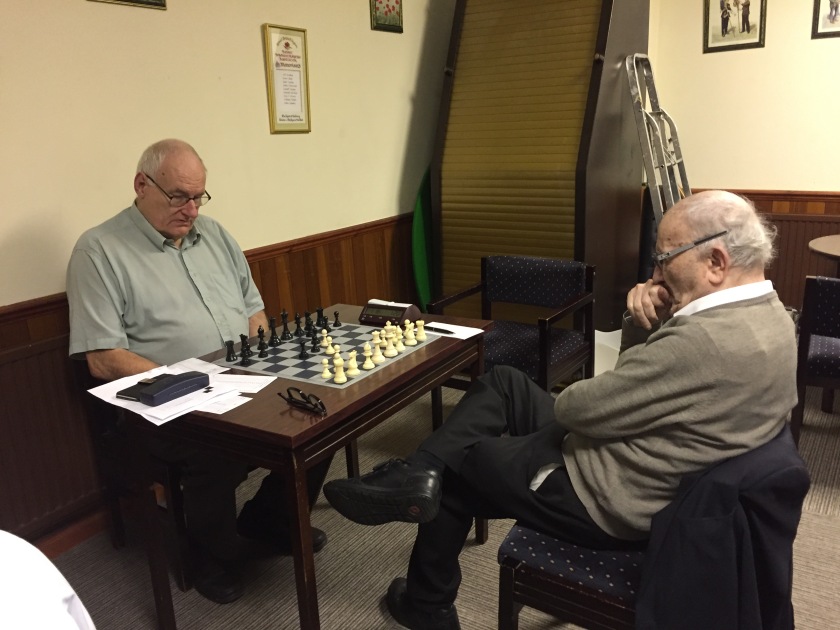