Now is the winter of our discontent……

(from Jef’s notes). Another bad night for Ilford, though we rather threw this one away as we had chances to do a lot better.

Bhui won pawns against Gericke, but he in turn opened up black’s defence, and had the chance to win a Knight as he pushed a pawn to d7. But failing to protect the lone soldier he allowed Bhui to guard his King . Then, fatally, Grant overlooked that his Queen which was left en pris. Lavanan could never hold the centre and he too got his Queen trapped after having already lost a Knight. Syd couldn’t advance his pieces against Phil Staniland and when he tried to break out it cost him pawns and a Knight. Jason, in a good position, went in for a Bishop sac’ on h7,  but was unable to follow it up adequately and quickly lost.

Jef got a quick grandmaster draw against Barclay;  he was more worried about his car which had broken down and wanted to get home. Tutu did very well, the best result on the night. Over 30 grading points down, he calmly drew against Dave Smith, particularly as Marshall having worked late, arrived 30 minutes late. Anthony Kent got a decent position from a transposed closed Sicilian. But, after too hasty king-side advances, Terry Witton won pawns and broke up white’s pawn attack. Tom managed to neatly free his minor pieces to force Mulay into resigning.

After a whole bunch of games we now have a few weeks relief. Next match: 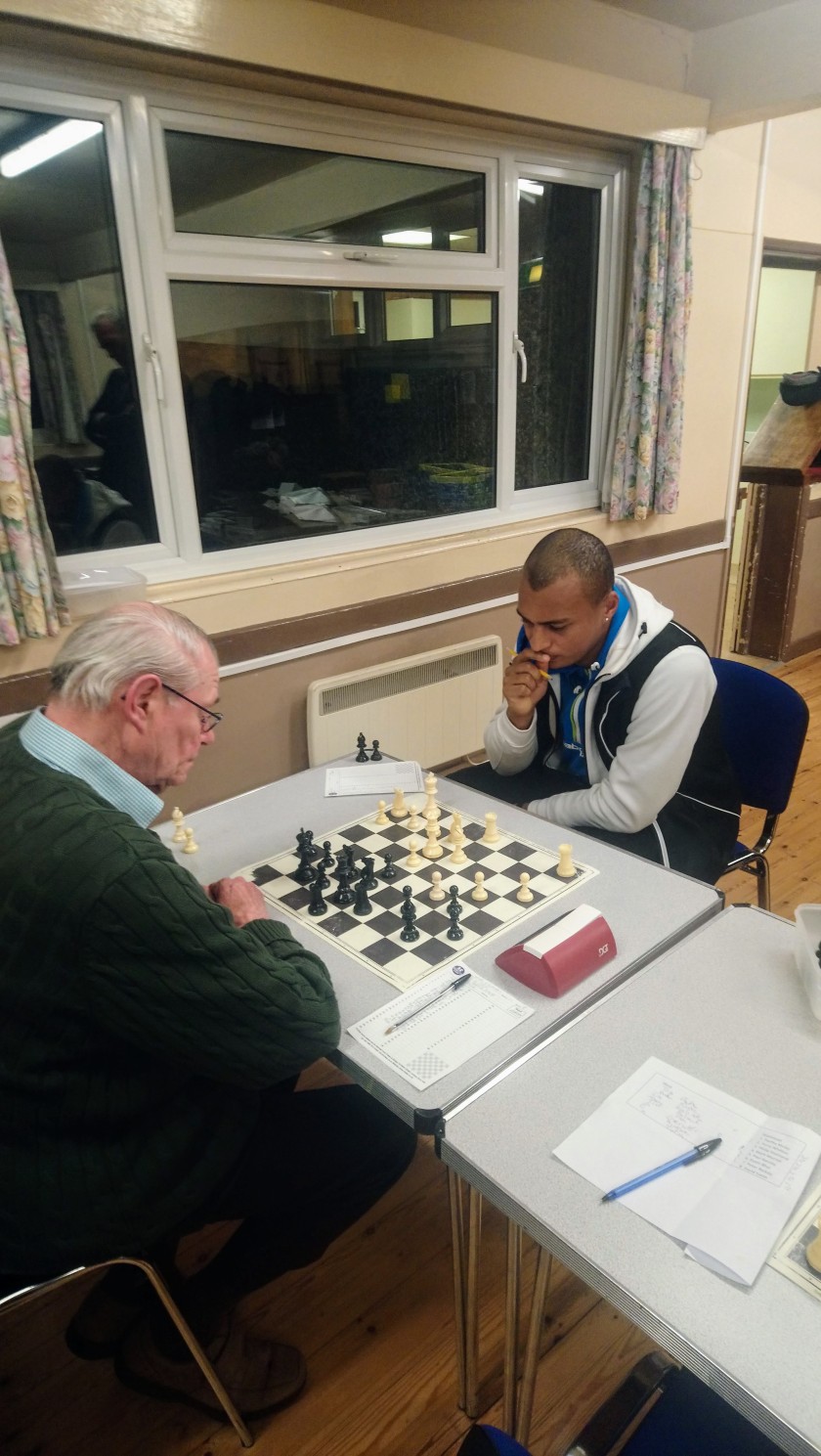 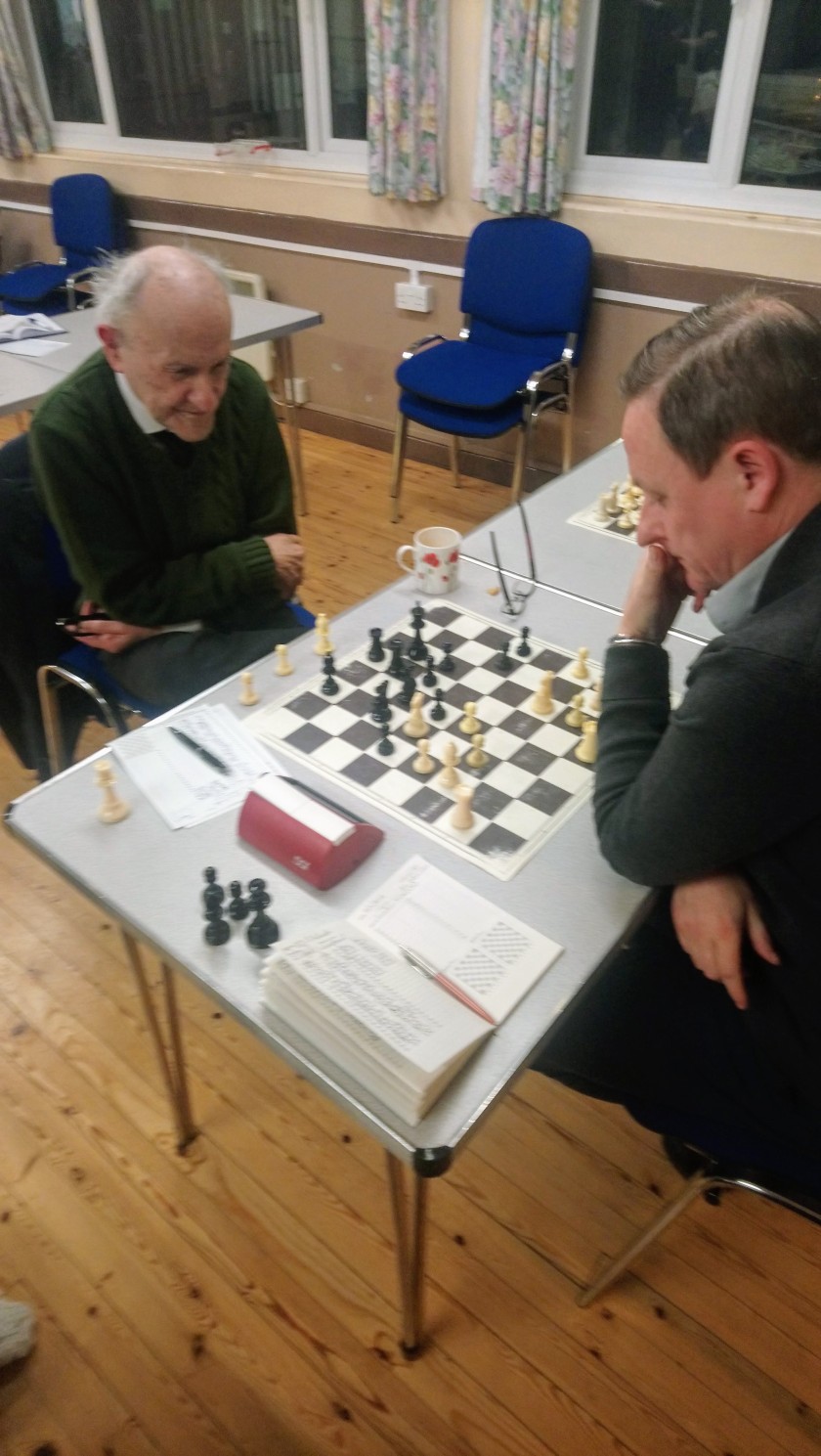