A poor and disappointing way to finish the Essex League season for Ilford. After a run of 5 match wins we finished with 3 straight losses: Won 6, lost 4 (twice to both Southend & Loughton), and 1 draw.

Lavanan crashed into Newby’s defence winning a Rook & pawn for a Bishop and Knight and from here on never let up as he won the endgame. But conversely Yunis lost pawns and found it tough going against Van Tol. 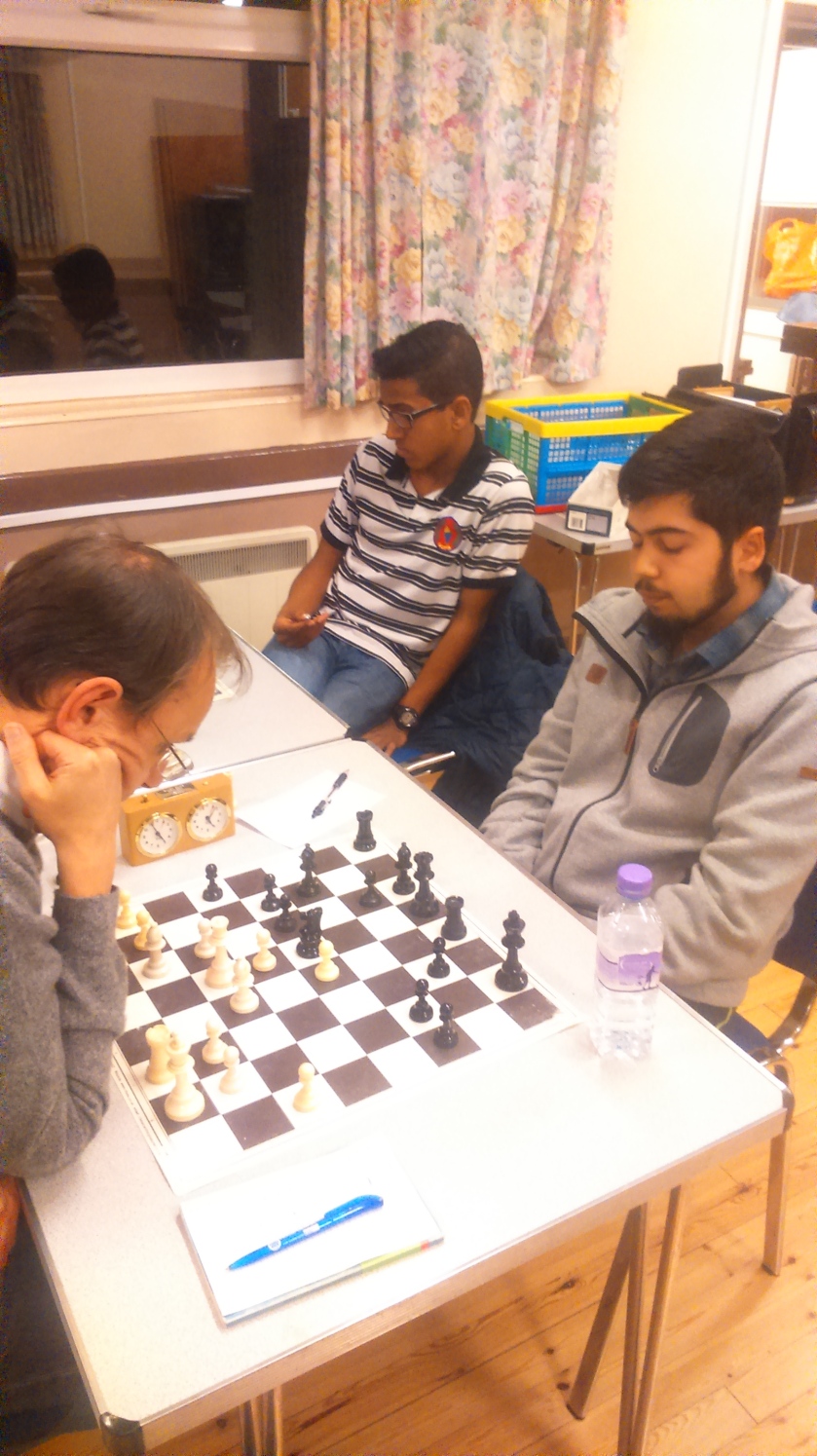 (from Jef’s notes) Tom Barton couldn’t make any headway against Stirling’s Sicilian opening and Twitchell had to think very carefully to hold Bowmer who won a Rook for a Bishop and pawn but fortunately Neville played well to hold him back and secure a half. Moth tried to break open Klimach’s defence but Jason secured his King safely and with pawns to the good Jason forced the exchange of Queens to win the ending.

Kershaw built up a strong position against Kalinsky whose pieces seemed misplaced but unable to find the correct continuation, Gary sacrificed a piece in vain and lost the ending. The match result hinged on Kent’s game, the last to finish. Although doing well (see below) Anthony played 32..NxB? rather than maintain the tension and was unable to hold the centre as Brian Spear marched a pawn down the board to e2 backed up by a Rook and Knight.

Great Thanks to both Umar Yunis and Marshall Tutu who both rushed down to the Club to cover a last minute default.
So it’s division 2 again for us next season as we have come up well short. Southend should be promoted as top if they win their last match, so at least no distant travelling to face to them away