(From Jef Page’s notes) Wanstead II put out a strong team in this relegation dogfight, and outgraded us by more than 10 on every board.  But, we held on to secure a drawn match in the top division of the North Circular League. We have still to register a win – just 2 draws so far.
The match stated badly for us as Tom’s favourite Dutch Defence was quickly demolished by Parols Staunton Gambit. Syd faced the Scotch and had his queenside wrecked. He got through to the endgame but he could never develop his pieces properly. But from here on we fought back.
Jef caught Mark Murrell with a rare double-Knight sac’ to beat him with one of his favourite Queen & Bishop checkmating motifs. He sacrificed the first Knight which he took, but then his gluttony got the better of him as he quickly gobbled up the second one as well- too tempting to resist- and choked on it. Of the drawn games Kent and Hunnable played into a closed position from a Birds opening with hardly a pawn exchanged. Then,  Paul Barclay threw away his win as Lavanan hung on. Out of a good opening Lavanan blundered a way a piece but hung on into the endgame which came down to King, Rook & 2 pawns v King & Rook. As Paul pushed Ainkaran’s King into the corner he overlooked a series of perpetual Rook checks that if Paul captured it, it was a draw by stalemate. Everyone was smiling and even laughing – except Paul (see diagram). 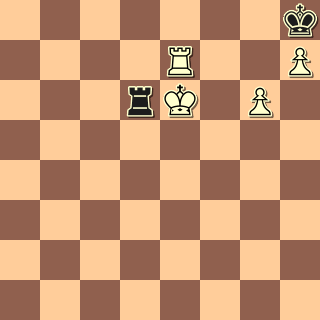 The match saving point was finally clinched when Neville quickly won a piece against Larry Marden, and whilst it went into a long endgame, Neville’s accurate play yielded the win (picture below). 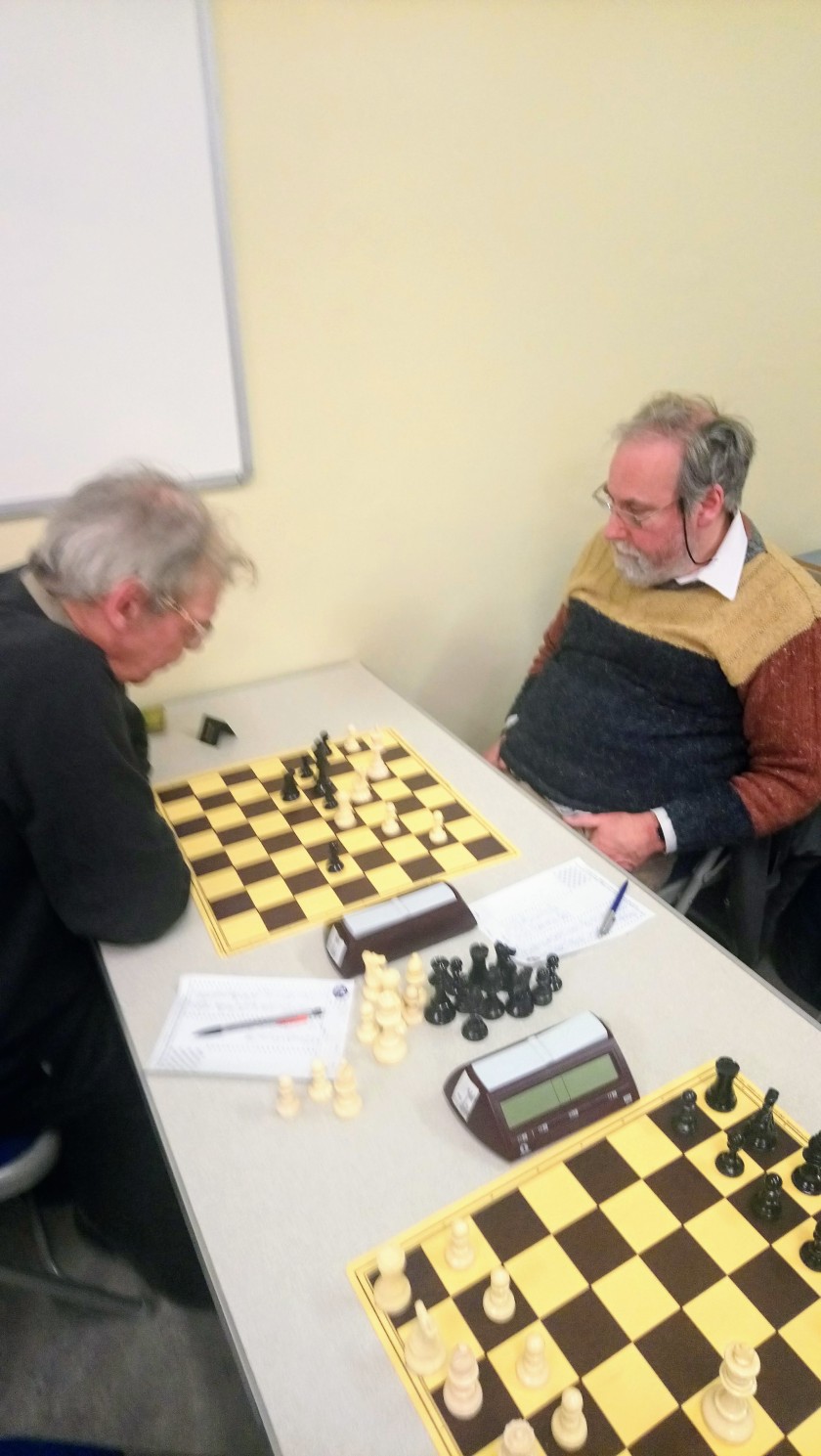