(From notes by from Jef Page.) Ilford did very well against Barking. The match started badly when Tom Barton had to drop out because of a cold. Neville only just made it in time 40 minutes late because of traffic delays coming down the M11. But in the end,  Ilford played so well that we won the match and no one lost over the boards.
Syd Kalinsky got his usual quick draw and Howard Berlin, making a welcome and rare appearance, held Sinha to a level Knight and Pawn endgame. Anthony Kent accepted the draw in a classical Sicilian. But, from there on the wins kept coming for us. Lavanan held off Figgins attack and then counter-attacked strongly with Q&R to invade an exposed  King position and unguarded queenside pawns. Jef followed that up by tempting George Monk with a poisonous Knight sac he didn’t refuse, and quickly mated him with Queen and Bishop. Jason Klimach marched a pawn up the board defended by Queen to force the win. The final game point was clinched by Neville playing his usual irregular opening. He won pawns against Ramage,  and as Colin tried for counter-play, an error allowed Neville to finish the game with a Knight fork of both Rooks.

Our big problem now is defaults. In 2 Essex League matches we have now given away 3 defaults. Penalties loom if we aren’t careful. But with this match win and 2 points we move off the bottom of the division- and start our climb onwards and upwards! 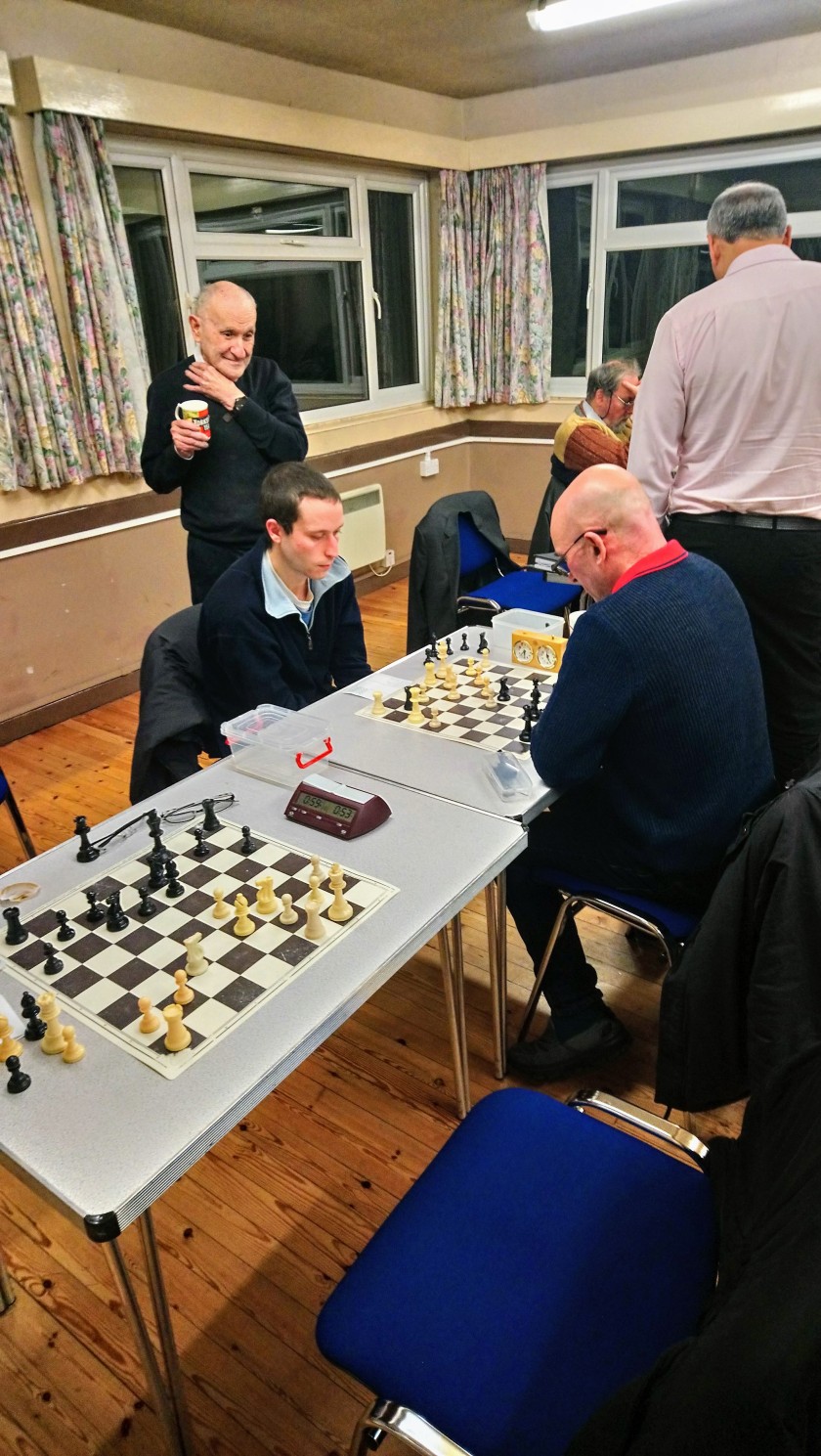 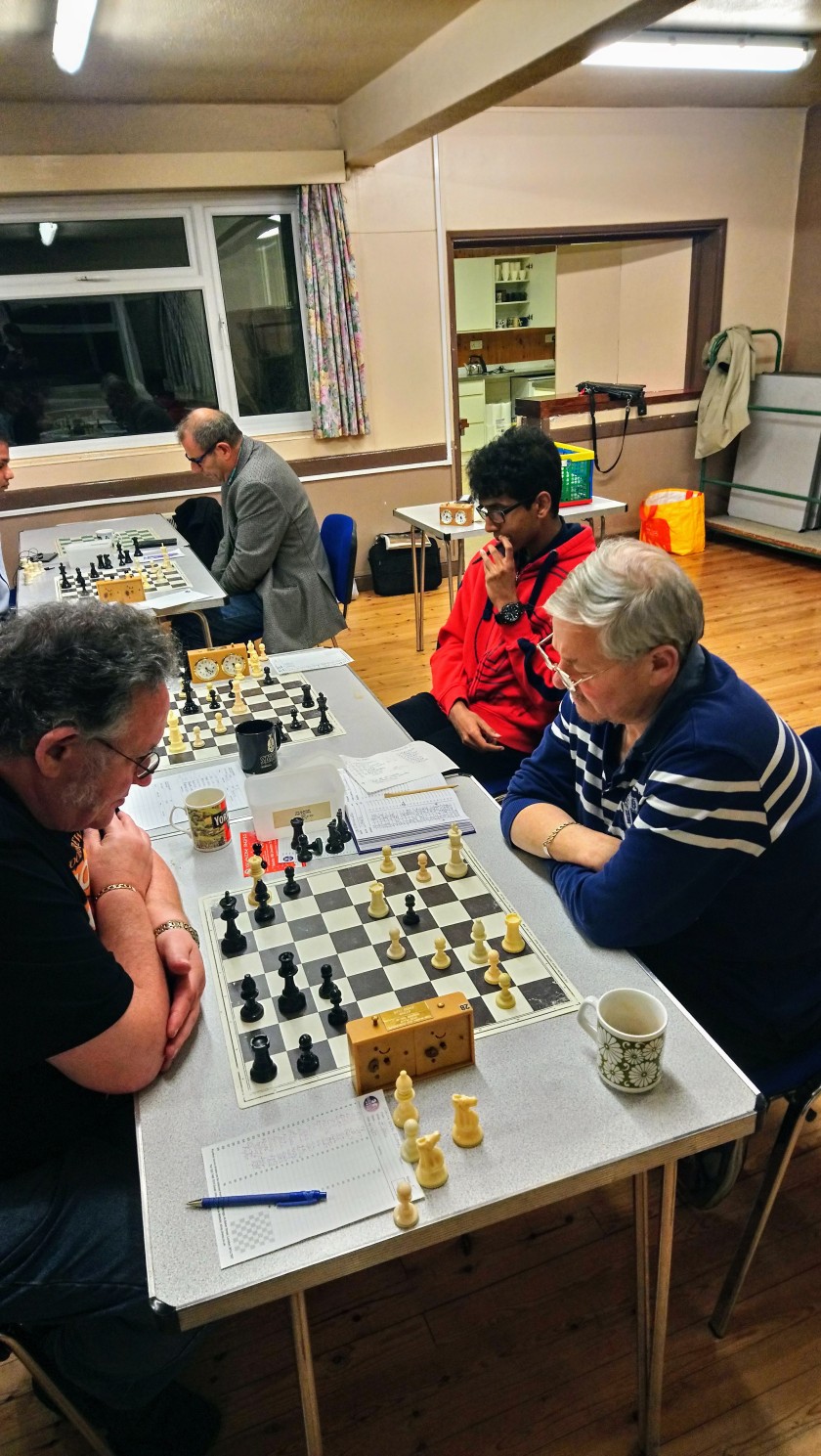