(Edited from Jef’s notes) Ramage played a Latvian gambit and Jason went into a very sharp line. Unfortunately,  he misjuded his Queen attack and lost a piece to Colin. From here on we were always playing catch-up and although we came close to leveling, it was never enough. Jef outplayed Chtym, crippling his Sicilian opening and then trapping his misplaced Queen. 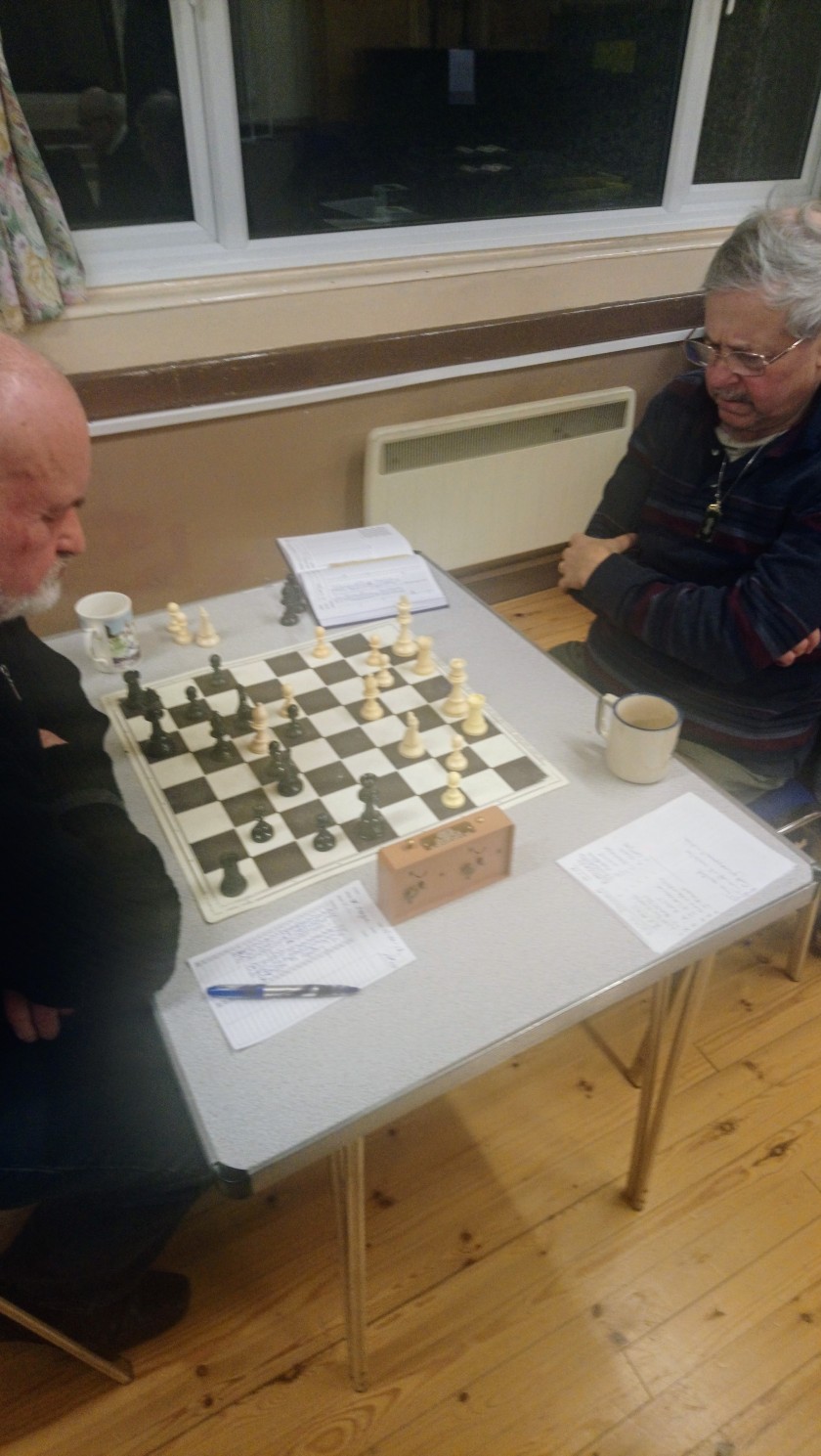 Anthony Kent and John White had another closed Sicilian contest, probing for an opening against each other, and both settled for a half (computer agreed).

Tom had a tough game against Figueroa. He held off Edison’s Rooks and Queen, and was able to launch a counter-attack that looked good enough to queen a pawn first down the a-file and square the match. But likewise Figueroa ran his pawn down the h-file and it still remained level. On board 1 Goldberg’s strong central attack with Q,R&N proved decisive.

So yet again Ilford went down to a narrow defeat and we have yet to score our first match win in this league and top division. Tough times, we must beat someone!